Pubg Mobile announced their Season 11 Will going to live on January 11th and the Version of the game is on 0.16.5 Version. Where they include a New Domination Mode along a New Arena Map “Town”. The Update is available on the Apple App Store and Google Play store.

After the update, player Can start playing the New Arena Map “Town” and New Domination Mode. Which is a New TDM mode just Similar to the Previous Version. Where you have to capture a base to win three different Base at the same time. Those teams who have more base capture will win, This Mode is Inspired from Call of Duty Mobile.

This New Update includes a New Firearm training lobby, where they re-vamped Warehouse map into an arena training map. Not to mention, this new update brings a New futuristic outfit to the game alongside more Rewards to unlock.

Meanwhile, It Introduced a New Royal Pass Season 11. Which bring a New Daily Mission and Challenges to get rewards and royal pass points. Apart from that, Those Who Purchase Elite pass get an Elite Mission access to rank faster and achieve more rewards. Those We have not to Purchase Royal pass they get Free Rewards, Elite Pass Will get 4000UC and Unlock Elite Rewards to achieve But Those purchase Elite pass Plus Will get 10,000UC along 25 Rank at $40 off compare to Elite pass.

Update 16.5 is here! This update requires approximately 0.14 GB of storage space on Android and 0.17 GB on iOS. Players on different versions are unable to invite one another, so please update as soon as possible.
Update to the new version between January 9th and 15th to get:

A Light Snowmobile has been added. This vehicle only spawns in Vikendi and is the perfect ride for two. It is faster and moves more efficiently than the Snowmobile, but is also more easily damaged. The 2-seater motorcycle will no longer spawn in Vikendi after the Snowbike is added to the map.
An expansive, realistic map with abundant terrain that gives players an immersive experience!

Adjusted Groza’s single-shot damage in Team Arena from 48 to 45. Other modes will not be affected.

Users who have had their accounts banned can go to the Security Zone from the popup that is displayed when they are prohibited from entering the game to find out why their accounts were banned. 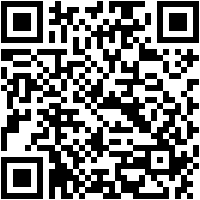 Read Also: How to Apply for PUBG Mobile Beta Testing Group for Android and iOS.

Thanks for being with us, Share your More valuable opinion and feedback in the comment section down below. Stay tuned for more further updates in future on same.

Romeshwar is Tech Guy, Loved by Lakhs. Thanks to Numerous Articles for Respected Website From 2017. An unbiased opinion, Deliver Quality Content and Informative. Roar to Satisfied your the Hunger of Technology.

We Only Use Google Ads to Keep our Content Free. Please consider us by Whitelisting.